After 20+ years building PCs, I finally gave up to reason and jumped into watercooling. It wasn't for the lack of interest, as I had considered like 4 or 5 times in the past, but I just couldn't justify the extra cost; I preferred to get better hardware than to watercool.

But this time around... it was a trap. I decided to buy a second hand 1080ti that I had found with a great price 2h away from where I live, and when I was picking it up, the guy selling it gave me away gpu block, cpu block, pump+res combo and fittings. It took me like 5h to pick things up, but man was it worth it... All I had to do was buy the rads, tubing and liquid.

I decided to stick with all the hardware I already had, including the Define C. I couldn't justify side-grading to the Meshify C, but I totally love that case. I may end up switching at some point... When it comes to tubing, I decided to stick to soft tubing for my first build; plenty of challenges already, there'll be time to bend later.

When building it, I had a top priority: as little tubing visible as possible. That means hiding as much tubing as possible behind the motherboard tray or under the PSU shroud, orientating the radiators towards each other and using clear liquid. 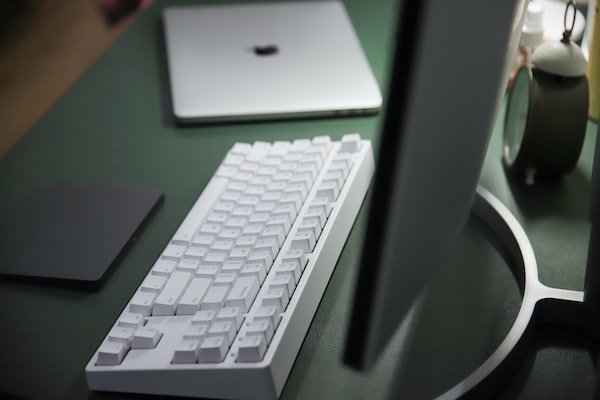 Apple pays a lot of attention to the user experience, they have been in the forefront of that industry since the beginning. Having to use PC peripherals with macOS can be quite frustrating, specially when you are used to the tailored experience that Mac peripherals provide. These are some of I decided to support AMD and made the jump to the Ryzen platform. Started with a second hand Crosshair VI Hero and Ryzen 7 1700X, but Komplett Norway had an offer on the newly launched 2700X I couldn't resist... In games, the difference with the Intel platform is negligible at